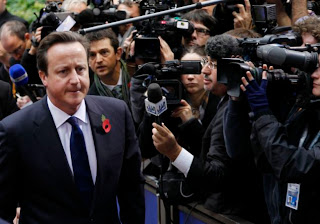 Last night’s delirious, the curious,
the furious form knots on the pavement,
in between the rubble and the smouldering
ashes. Already the suits are mingling,
smiling, sifting. Here a photo op. There
a vox pop. This one’s a resonant voice.
This is your mark and this your cue. Watch
us. We’ll show you what to do.

Across the road, on the other side
of the great divide, the nutters
and protestors safely penned.

He’s left the bullet-proof car behind today,
that is to say, it’s trailing in the rear,
well out of camera shot.

Around him a phalanx of TV cameras
and security men mark his progress
along a pre-planned route.

At appointed points the testudo halts
allowing him to emerge for the benefit
of the lenses, wearing his grave face.

He’s a natural. Such a good listener.
Nods in all the right spaces. Looks
the camera straight in the lie.

Finish with the fireman, a hero,
a sacrificial offering, whose story
guarantees a tearful eye.

Job done. Whisked away. En route
To the next location.

A grey-haired biddie asks,‘What’s going on?’
She’d blinked, missed all the fun.
‘It was the PM, come to show support.’
‘I’m not the only one who’s too late then.’

This is a well-thumbed script. For PM you can substitute
Mayor, Home Secretary, Leader of the Opposition or any
number of candidates. Am I being cynical? Watch the
news. Apply the script. Judge for yourselves.