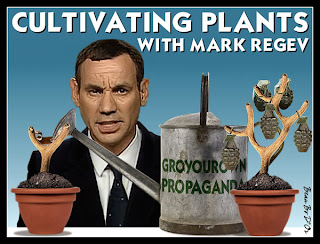 I’ve just come down from the mountain,
where I went to commune on my own.
What I learnt when I climbed to the summit
is here on these tablets of stone.
You know of the old ten commandments,
the rules on how not to sin,
well forget whatever they told you,
stick the old rules straight in the bin.
Start with the fact that you’re chosen.
No one else got the slightest look in,
so logic dictates, when deciding their fates,
it is always you who should win.
Ignore all the guff on false witness,
the truth is not worth one fig.
Goebbels hit on the right idea -
if you’re going to lie - lie big.
And once you start lying, keep lying.
Convince the whole world you are right.
You’ll soon have them all believing
it’s day when it’s actually night.
It’s not wrong to covet your neighbour’s ass,
nor the ass of your neighbour’s young wife.
Take what you want, whenever you want,
if need be, at the point of a knife.
Take his home. Take his land. Take his water.
There’s nothing to stop you I say.
According to this proclamation,
what’s his is yours anyway.
Once you’re armed to the teeth, you’re almighty.
There’s no one can resist your plan.
Just remember to pose as a victim.
Try hard to look humble, if you can.
The question of killing is simple.
It’s fine in multiples of ten.
Then, should they choose to resist you,
then decimate again and again.
The laws made by all other nations
Are hereby declared null and void.
Lessons learnt over thousands of years
Consumed in the flames and destroyed.
I am the archest of all angels.
I speak with the voice of a god.
Let the world’s press bow down before me.
Now, write what I say when I nod.
Amen.
Posted by REJ GOCH at 10:03 PM