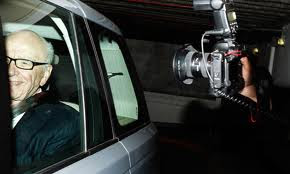 He first saw them coming,
way into the distance,
a party of men, a cart, a horse
on the shoulder of the hill,
walking the old corpse road.
He felt a strange foreboding.
So much so, that he insisted
there and then the doctors should
remove his right arm, so
there could be no chance
of the infection spreading.
The party on the corpse road kept coming.
His legal team drew up a covenant
with God willingly surrendering
his most cherished dreams,
in order to save his own neck.
And still they advanced.
In desperation, one by one, he gave up
his closest associates, his friends,
his own dear son.
And still they came.
He could almost make out their faces now
and the proud, black horse
and the cart with the coffin.
Steadily drawing closer.
He caught a glimpse
of his own reflection, sagging
flesh, a rictus grin splitting
his face, no light in the eyes.
And closer.
Finally, even his own paid household
went out with false messages, the death,
the whole world knew, was in the next
village. They had been misinformed.
They stopped outside his door.
He heard the black horse snort
impatient. He heard the wheels
of the cart creaking. He heard
footsteps on the cobbles.
Coming inside.
He would have been proud
of the coffin crafted from the finest wood,
its gleaming handles, the brass plate engraved ….
Rupert Murdoch, once thought of
as the most powerful man on earth,
now, like all men, food for
a democracy of worms.
This poem started with the title, News Corp mutating into ‘News Corpse’. Then I dredged up, from my own memory, walking a corpse road in Cumbria. I then flipped back to images of Murdoch in the back of a limo with that fixed smile on his face as it all went down the pan for him, a pathetic old man clinging desperately on to power. It occurred to me as the poem took shape, that some readers would start by thinking that I was writing about someone else and that the last stanza would be a bit of a twist. The question then was, should I inflict my macabre sense of humour on you?
PS. I’m doing fine. In fact, every news bulletin, seems to lift me no end at the moment. Can’t think why.
Posted by REJ GOCH at 1:40 AM