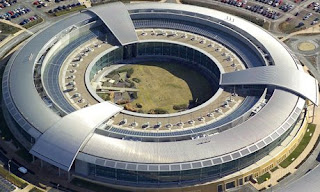 ‘Is there anybody there?’ asked the poet,
Knocking on the poem’s door
And his thoughts in the silence
Like paper balls scattered over the floor,
But one thought flew out,
Spun out of the poet’s head
And he battered the door a second time,
‘Is there anyone there?’ he said.
But no one answered his question,
No stranger emerged from thin air
To stare into his dark brown eyes
And explain who they were and where
A host of phantom listeners
Gathered in a dark brown room
To sit listening to each twitch of the air,
Disembodied voices from the world of men
On curious networks everywhere
And that one who sat in a world of his own
Until shaken by some words from a poem,
The lonely poet’s desperate call,
Who felt in his own heart the strangeness,
The hopelessness of his cry,
Born of sights and thoughts too dark
For a good man to ask himself why?
So the poet yet again banged on the poem’s door
And his words grew more strident,
‘Tell them I spoke and no one listened!’
The listener made a brief note
Of each word the poor poet abused,
Though each word the poet wrote
Fell echoing on stony ground.
Then the only listener left awake
Quit his post without a sound
As the soft thud of words on stone
Let the silence fill the spaces around
With thoughts abandoned, all alone.

I have a close friend in Cheltenham and I know she reads the blog from time to time, but I cannot believe the sudden surge of interest in that area can be her alone. I suspect some computer has picked out some ‘dangerous’ words and now I have my own dedicated little cyber spy in GCHQ hanging on my every word, poor sod! So this is especially for you my friend. I hope it makes you smile in the middle of the night.
Posted by REJ GOCH at 3:32 PM