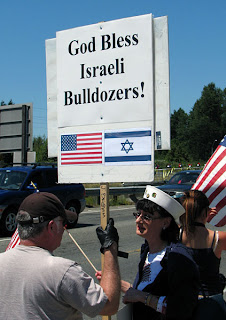 The bulldozers did come. A local farmer just sent them in to clear the cutting in front of our house. We were outraged, but then I began to put things ina different perspective....
Posted by REJ GOCH at 7:30 AM