Statement from the Ministry of Defence 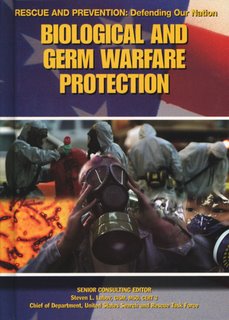 In the interests of the state,
in pursuit of the greater good,
in the ongoing war against terror,
to protect us from a fate
far worse than death,
to shield the population from human error,
( should some experiment go wrong ),
to prevent the pointless shedding of blood,
we poisoned you.
You understand it makes sense now
that more than half a million have died
to stop Saddam learning from us.
You must surely understand how…
you have to see that this is
a cause for celebration and some pride,
not more whingeing and fuss.
This is what we were elected for…
to make tough decisions.
We poisoned you and what is more…
we’ll poison you again!
"Defence scientists secretly tested E.coli bacteria as
a possible biological weapon in and around two British
towns, documents reveal." AOL News 27.10.06.
Posted by REJ GOCH at 2:45 AM