The Execution of Pétain's Tree 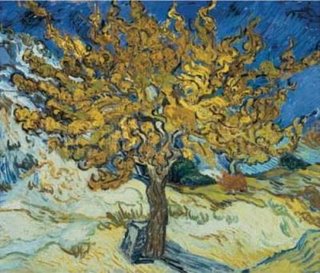 What kind of tree was it?
Not an oak, for sure.
Some kind of Gallic apology,
probably pollarded,
coupé en brosse,
hard looking,
with swastikas or tricolours for leaves?
Who would suspect an elm
of collaboration with the enemy?
Who would dream of
incriminating a willow?

What evidence did the prosecution produce?
Witnesses who swear it
was seen in the company
of other suspicious trees.
Confessions by other collaborators,
all submitted voluntarily.
Only a fool could not see
the tree’s twisted nature.
Why even Pétain’s dog pissed on it!

Guilty by association.
No jury could have reached
a different verdict.
The judge was a veritable Solomon.
There could only be one sentence
and what an act of imagination it was
to replace the guillotine,
the hangman, the firing squad or the lethal injection
with a common or garden saw!

Then before the final ritual with axe and fire,
did some solemn priest
choose a suitable hymn to sing,
or dredge out the old lie about Death having no sting,
and did someone have the wit
to count and measure every ring?

Doris Lessing in ‘Prisons We Choose To Live Inside’ wrote, “A certain tree was once sentenced to death, at the end of the last war. The tree was associated with General Pétain, for a time considered France’s saviour, the France’s betrayer. When Pétain was disgraced the tree was solemnly sentenced and executed for collaborating with the enemy.” I have tried to get more information about this, but without luck so far. Anybody out there know anything more?
Posted by REJ GOCH at 4:14 AM